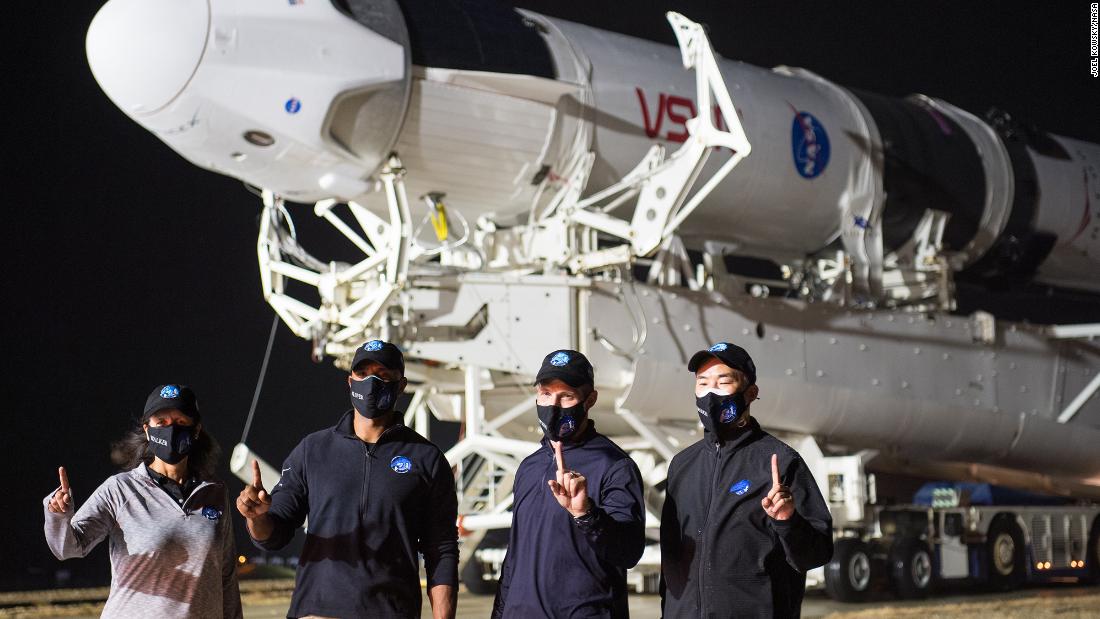 According to NASA, yes.

The astronauts have been in strict quarantine together, and extra precautions are being taken to keep everything clean.

NASA, SpaceX, and military personnel will need to gather in control rooms to support the launch, and they’ve implemented additional safety measures to combat the spread of Covid-19.

One thing NASA can’t control, however, is how many people crowd onto nearby beaches in Florida to watch the rocket take off.

During Crew Dragon’s last mission in May, thousands of people packed into tight crowds on public beaches to catch a glimpse of the fiery takeoff. Soon after, Florida became a Covid-19 hotspot, though its not clear if any cases were linked to the rocket-watching crowds. More than 17,200 people in the state have died from the virus.

Florida’s rate of infection has since decreased since its June peak, but NASA officials are once again begging tourists to stay home and watch the livestream of takeoff.